Off to a new beginning in a SHEKEL apartment on Moshav Massuot Yitzhak! 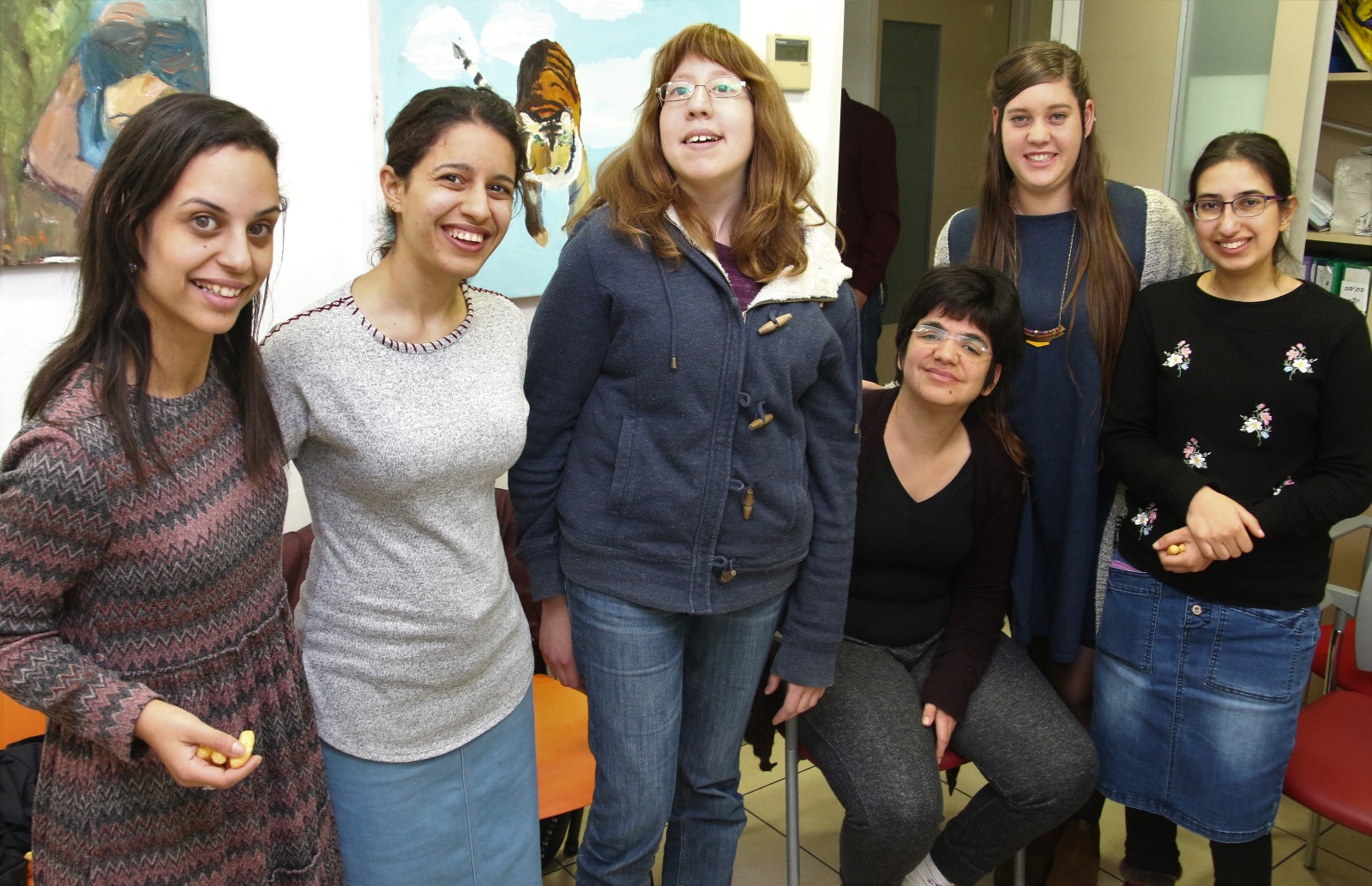 Five young women with disabilities, about to start their adult lives, as an inclusive part of Moshav Massuot Yitzhak, celebrated their future with parents and SHEKEL staff at SHEKEL's bistro "Harutzim". The new apartment, for young women with intellectual disabilities, follows the opening of a groundbreaking SHEKEL apartment, launched on Kibbutz Yavneh three years ago.

It marked the first time SHEKEL had opened a 'living in the community apartment' for people with disabilities, on a kibbutz. According to house coordinator and director of SHEKEL's kibbutzim and southern region, Dafi Leibler, the young women are today an integral and much loved part of kibbutz life. "They comprise a vital part of the workforce and fully participate in the kibbutz social life and cultural activities", says Leibler.

Mussuot Yitzhak secretary, Yitzhak Carlibach, spoke of the moshav's warm enthusiasm for opening the apartment. SHEKEL CEO, Clara Feldman and Vice CEO, Offer Dahary, spoke of the importance of opening such apartments on Israel's kibbutzim and moshavim, which have the capacity to integrate people with disabilities as fully inclusive members of the community. Despite trepidations about leaving home, the young women are looking forward to starting lives of independence and fulfilment and feel very motivated. Revital, a ministry of welfare supervisor, praised SHEKEL's work and the new initiative, noting that SHEKEL is Israel's leading force in implementing inclusion for people with disabilities. She wished the young women great happiness and fulfilment in their new lives.