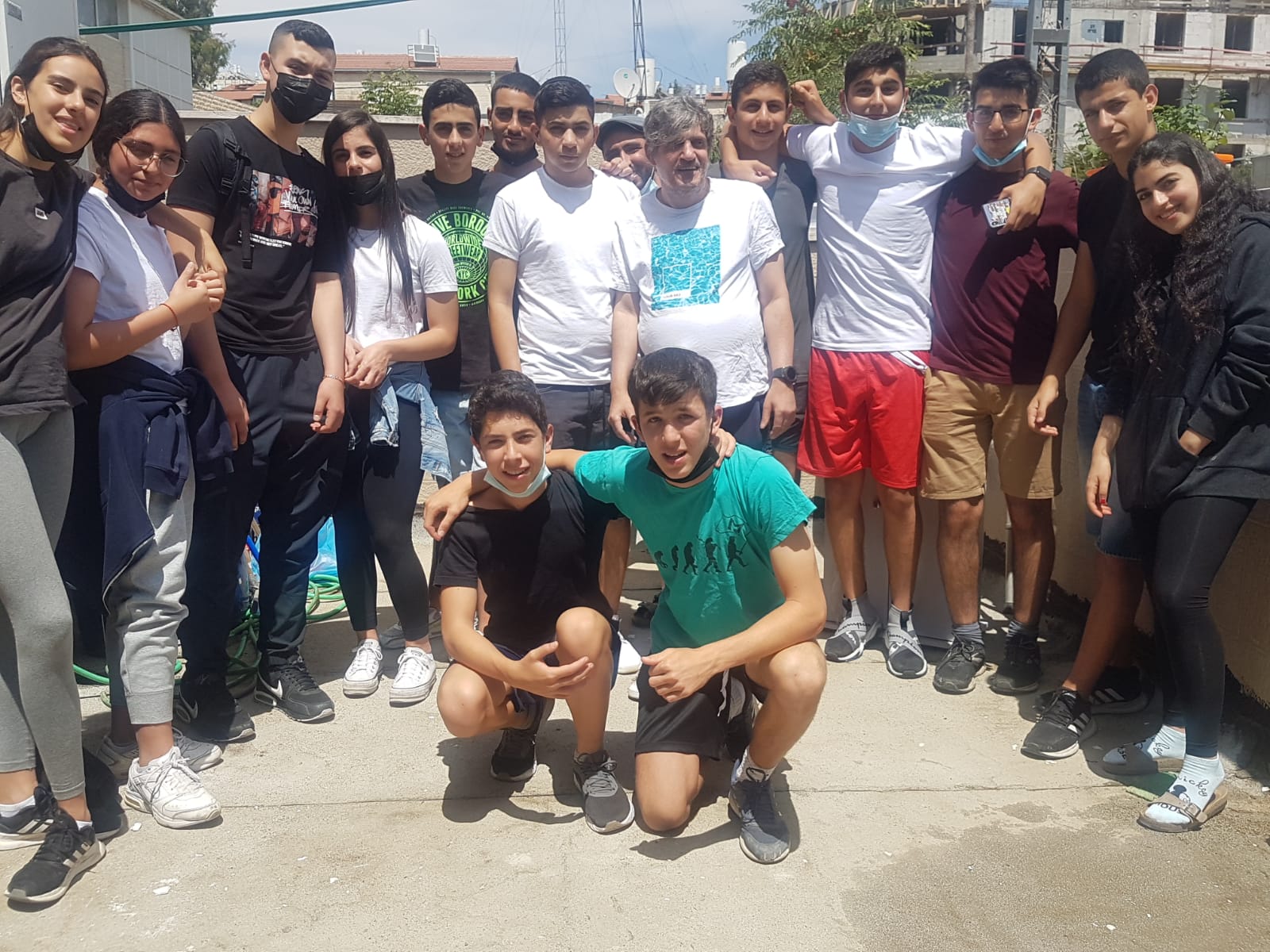 Erez always knew he wanted to live independently in his own apartment. As an employee in Jerusalem's light rail corporation, he was convinced he could lead a fulfilling independent life. However, despite his best efforts, his apartment remained in dilapidated condition, and his dream began to fade before his eyes. All that changed when he joined SHEKEL's "Supported Independent Living" program.

The goal of the program, which was created in partnership with the JDC and Israel's ministry of welfare, is to impart life skills to people with disabilities, allowing them to lead a fulfilling independent life both from economic and personal standpoints. When Erez joined the Supported Independent Living program, SHEKEL's program manager contacted the Keshet (Rainbow) high school near Erez's apartment. A group of 10th grade volunteers, led by their teacher Matan Hayat, got to work cleaning and painting the apartment and even managed to get him new furniture!

This week Erez hosted the high school students in his home to thank them from the depth of his heart.

The entire SHEKEL family join him in thanking them and are happy to know there is an inclusive embracing community right behind them.