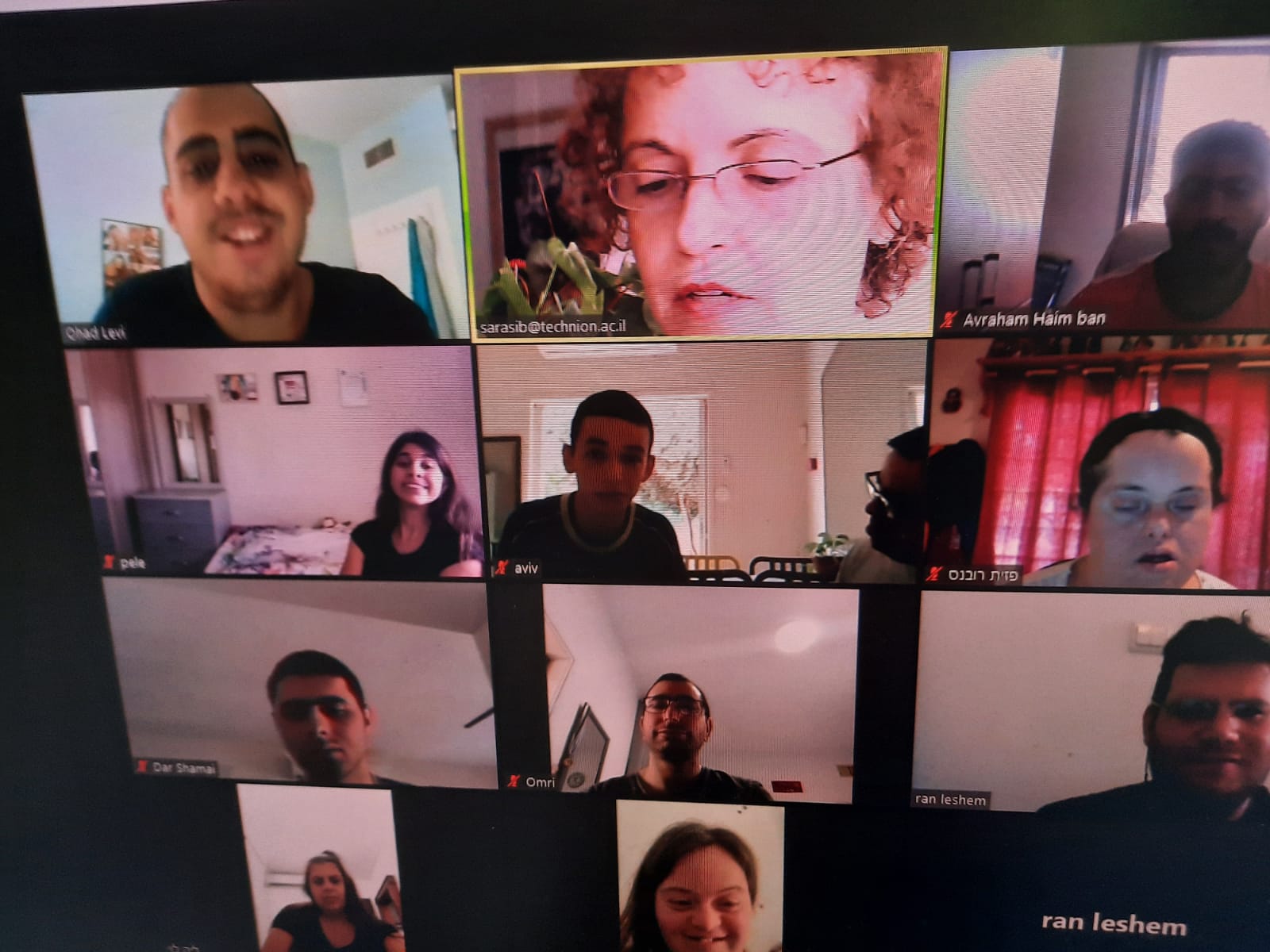 Candidates for the program had to demonstrate proven ability and experience in acting, singing, instrument playing or dance, as well as strong motivation to complete the intensive two-year training program. While studying on the Nissan Nativ campus in Jaffa, Alter-Nativ participants will comprise an integral part of the acting school’s student body (as of now they are attending class via Zoom due to Corona). The two-year program will culminate with a major play put on by course participants in conjunction with Nissan Nativ’s regular-track students. Performances will be staged in front of audiences of hundreds of people at the Nissan Nativ campus and other venues throughout Israel.

“This course is the only one of its kind in Israel”, explains Ada Oz, who manages the program at SHEKEL. “It offers people with special needs real opportunity to learn performing arts at a professional level, giving them a chance to join both amateur and professional theater groups after graduation.” Oz tells of a deaf candidate with Downs Syndrome and severe speech challenges who was determined to get accepted to the program. “She is a wonderful young woman who knows how to dance. When I informed her that she was accepted, she shouted for joy: ‘you won’t regret this!’ I assured her I was completely convinced she would succeed and thrive in the program.”