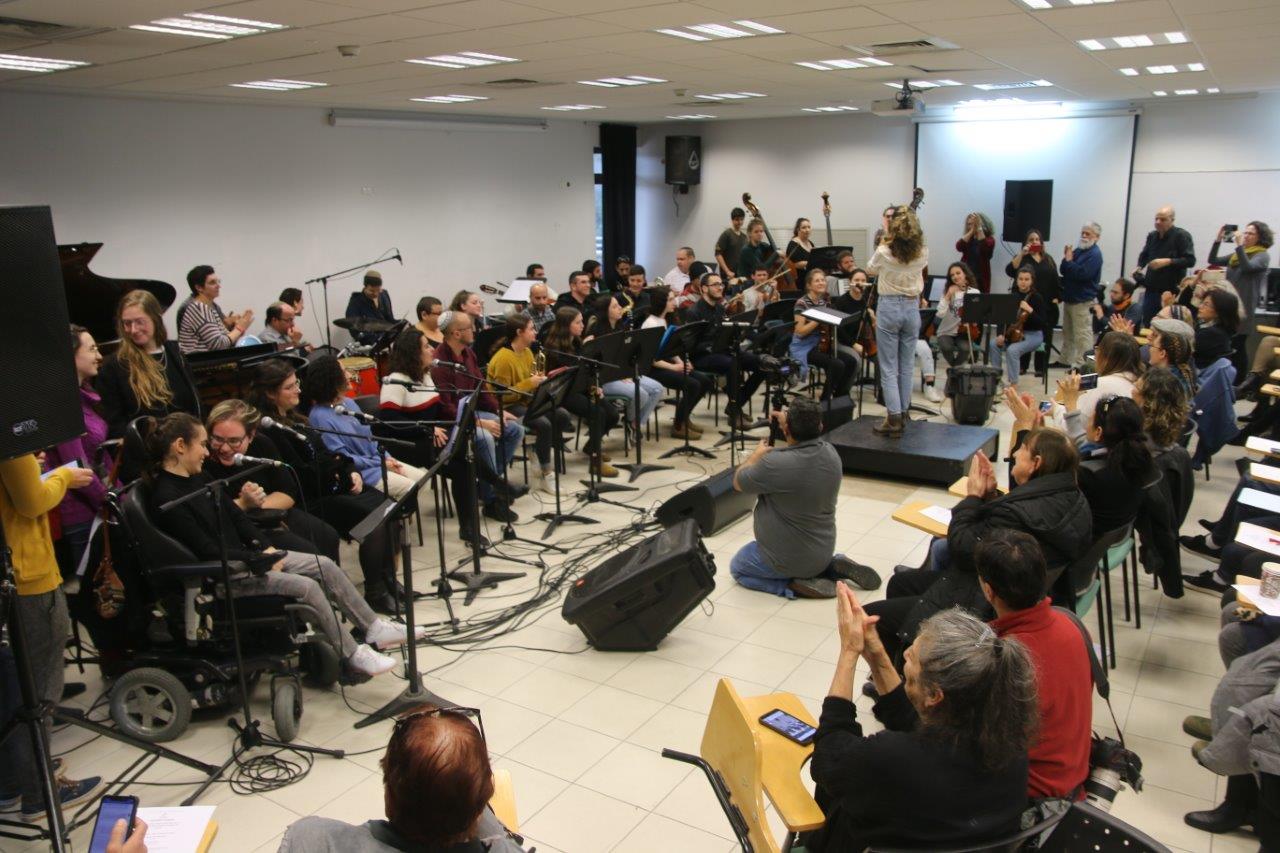 For the first time in Israel, an inclusive orchestra, composed of people with special needs and academic musicians, is breaking glass ceilings.

A joint project between SHEKEL and Israel's prestigious Jerusalem Academy of Music and Dance, the orchestra made its debut concert at the Academy's festive annual community concert. Comprised of 23 musicians, including: pianists, violinists, guitars, percussion instruments and vocalists, the orchestra includes 13 musicians with special needs from SHEKEL College enrichment and leisure programs. The entire orchestra meets every week for intensive rehearsals and according to the orchestra conductor, Noam Arnold-Shapiro, "there is an incredible sense of comradery and togetherness. Significant personal and musical bonds have been forged between the musicians and all contribute to the musical improvisation and composition, musicians with and without disabilities alike."

The concert was held on the Safra campus of the Hebrew University of Jerusalem at Givat Ram, and received a hearty ovation from the packed audience of 150 people, including the Israeli Ambassador to Macedonia, Mr. Dan Orian; senior Academy and SHEKEL figures; Ms. Lisa Wishman and Ms. Felicity Aziz, director and deputy director of the U.S. embassy's American Center Jerusalem, which supports the program, as well as representatives of the tutorial program partner, Perach.