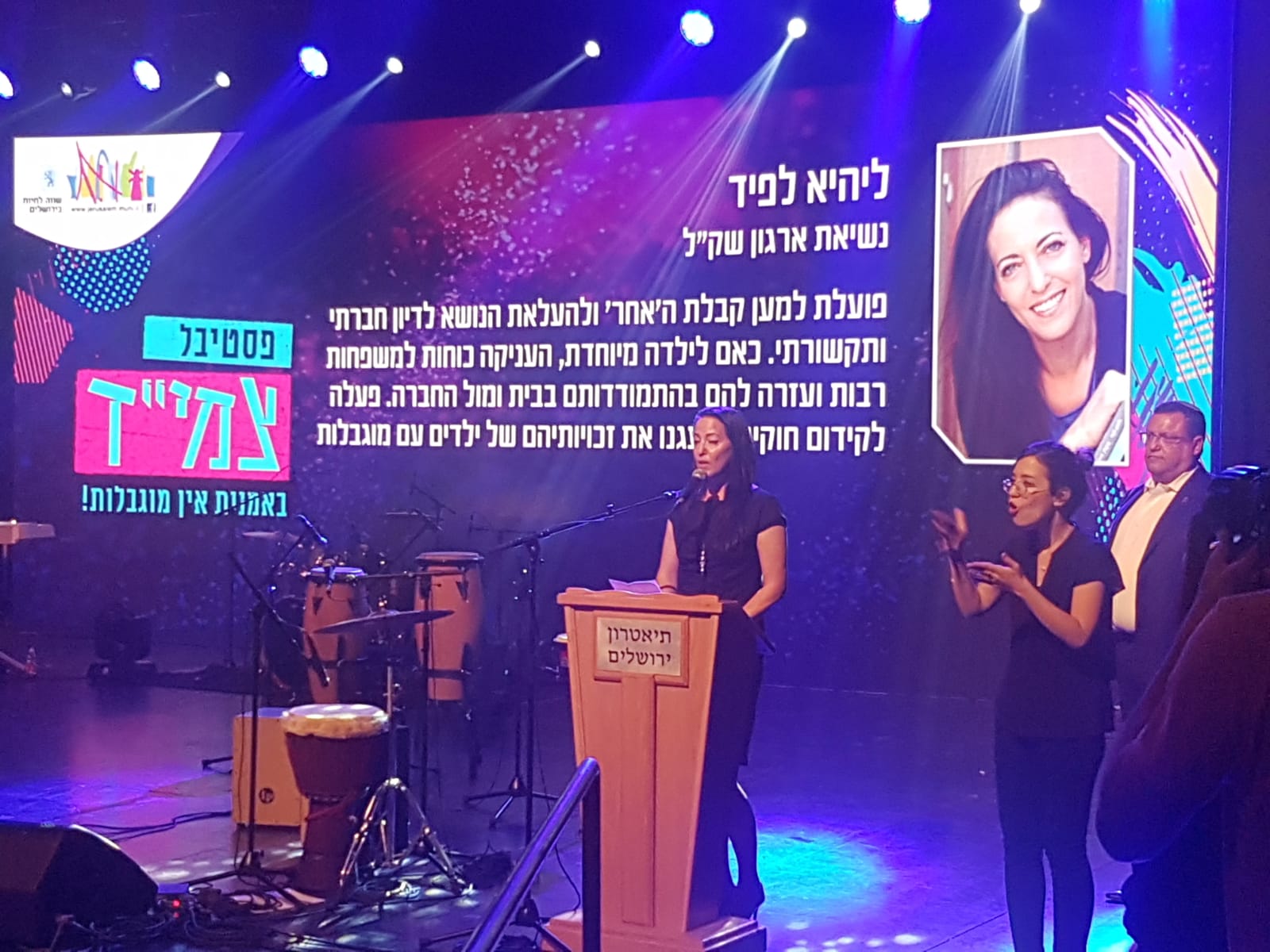 Lihi Lapid won the prestigious award for her outstanding work and efforts in creating awareness and inclusion for people with disabilities.

The prize was awarded at the grand opening of the festival, which included performances by legendary Israeli Eurovision singers, Gali Atari and Izhar Cohen, together with the Shalva Band.

"In a world where people shirk responsibility, - there are those who fight for the right of people with disabilities to contribute and work", said Lapid, addressing a packed audience at the Jerusalem theater. "It is a great privilege to be part of 'SHEKEL - Inclusion for People with Disabilities' that strives to include people with disabilities in housing, employment and culture, within the general community. SHEKEL was founded 40 years ago in Jerusalem and in recent years has spread both its work and its significant message of living meaningful fulfilling lives, to many other areas throughout Israel. Over 1,500 people with disabilities, participate in tens of cultural and enrichment activities in Jerusalem, in partnership with such prestigious institutions as Bezalel Academy of Arts, and Nisan Nativ Acting Studio. They participate in diverse cultural events, such as Tzamid, as an inclusive integral part of the city's cultural life." 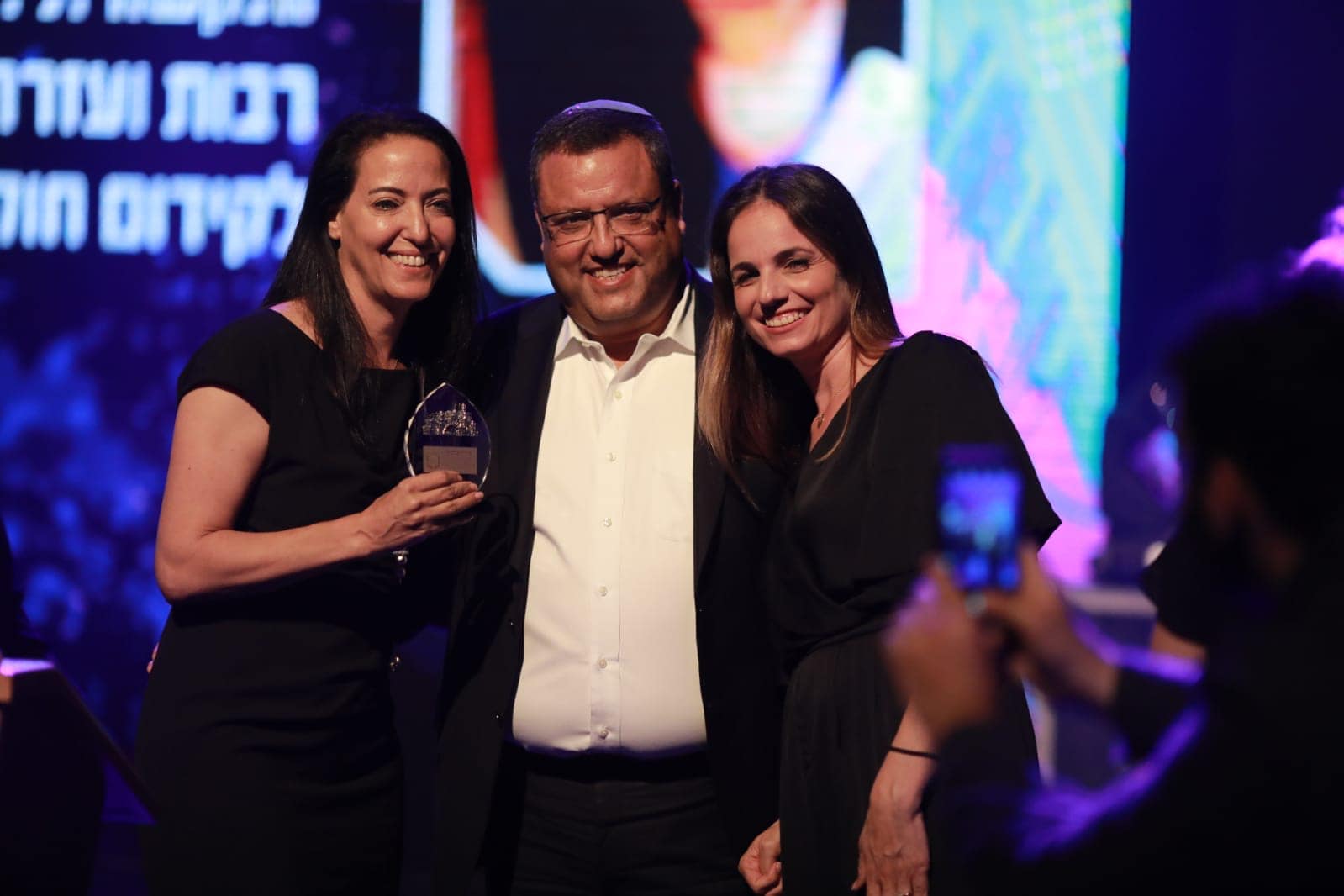