On stage and part of the community! 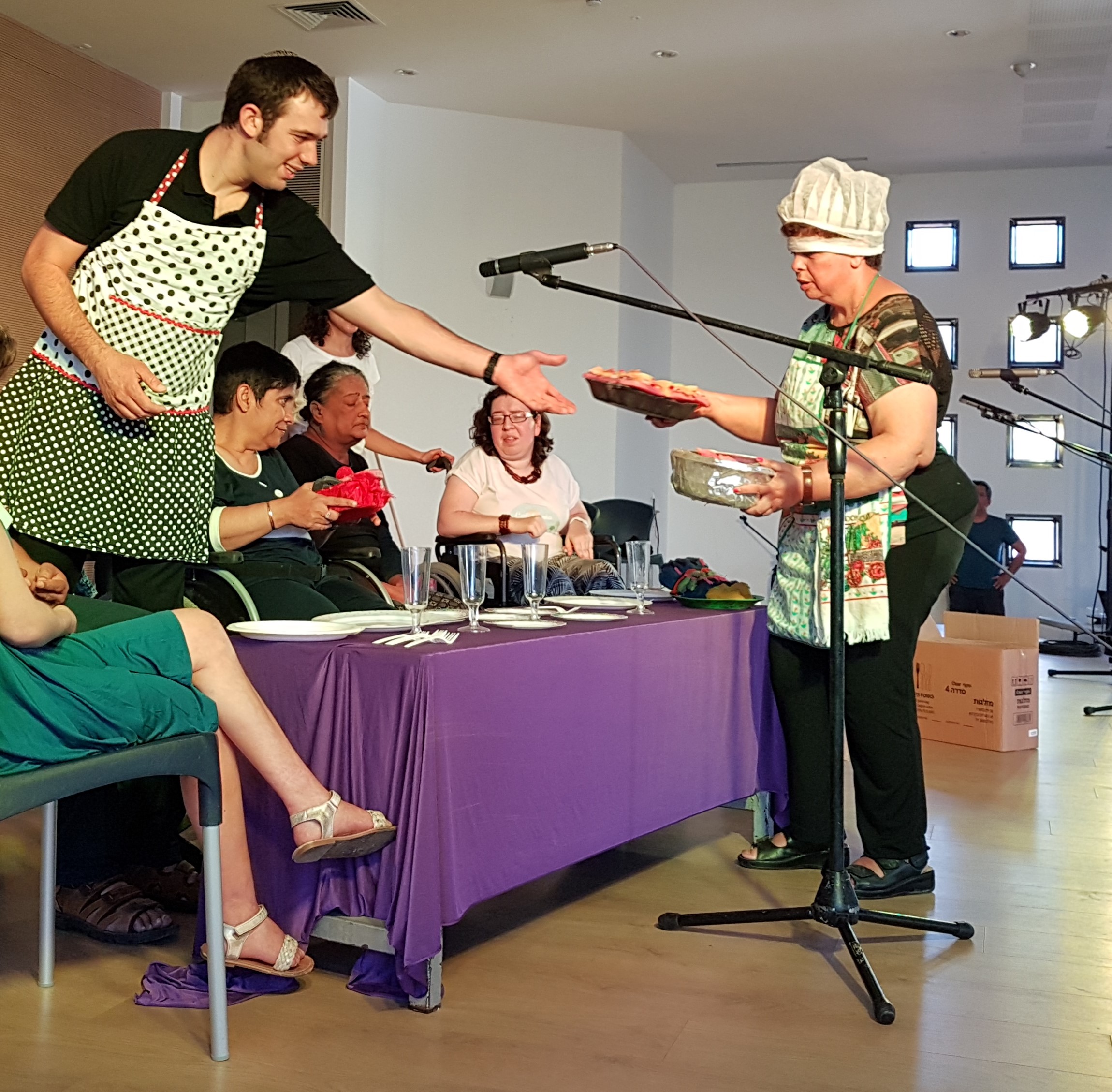 The applause of over 100 people who turned out to watch "I Will Have It" a play acted by SHEKEL actors at Moshav Rinatya, resounded with support and pride. The 14 actors from SHEKEL's vocational rehabilitation center in Hevel Modiin, took part in a theatre course made possible thanks to a great partnership between the "Hishtachvaya" community theater, SHEKEL, the Shalem Fund, and the Hevel Modiin Regional Council. According to Irit Kossover, director and group instructor: "The play was a moving journey. The actors experienced no small amount of difficulty and frustration on the way but in the end they overcame the obstacles in their path and succeeded. It was a wonderful feeling which empowered them."

SHEKEL's film crew "Extraordinary", filmed the play in the making and its journey to success