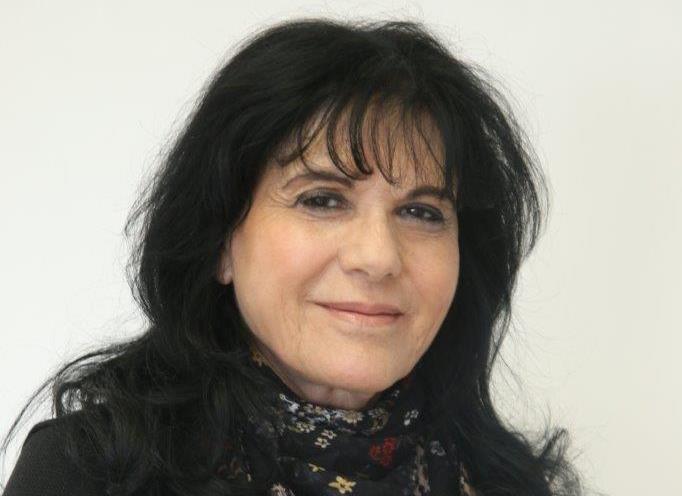 This year, on Women’s Day, SHEKEL is proud to present a woman of vision and action, who has widely inculcated the principle of inclusion for people with disabilities, within Israeli society. We give you SHEKEL CEO, Clara Feldman.

Since assuming the position of CEO in 1992, Feldman has turned what was once a small but significant non-profit, that ran a social club for a few dozen people with disabilities, into a nation-wide organization and recognized leader for inclusion in Israel. Today, SHEKEL provides a wide-ranging continuum of options for thousands of people with special needs throughout Israel, its broad-based activities impacting the lives of hundreds of thousands of Israelis from all ethnic backgrounds, religions and walks of life.

Soon after becoming CEO, Feldman opened the very first respite center in Israel for children with severe disabilities, allowing their families the benefit of much needed rest. This was quickly followed by two “living in the community” apartments which SHEKEL opened in both West and East Jerusalem. To this day, Feldman is proud of the first ever Child Development Center opened in East Jerusalem. It was opened by SHEKEL, to answer the dire needs of local residents, who found travel to western Jerusalem with their children, very difficult, and were often unable to understand the Hebrew-speaking professional staff.

Today, SHEKEL’s “living in the community” housing program, includes 140 apartments throughout the country and constitutes the largest community housing program in Israel. “SHEKEL acts out of an intrinsic belief that people with disabilities have a right to live their lives as an integral part of the general community – without institutions or hostels.” says Feldman, who worked shoulder to shoulder with the late Gideon Drori, a renowned documentary director, to open the very first community living apartments in Israel for people with severe multiple disabilities.

Feldman believes in partnership and this is manifest in the numerous partnerships SHEKEL has forged both locally and overseas. Over 1,700 people with intellectual and developmental disabilities, work at fulfilling challenging jobs thanks to partnerships with Israel’s private business community and public sector. “There is no doubt that social enterprise is the future”, says Clara Feldman. In the past three years, SHEKEL has developed several inclusive and integrated social enterprises, including bistro “Harutzim”, the “Hamezion” chain of second-hand stores, the “Derech Hashtil” nursery and more. A special partnership with Israel’s hi tech giant Mobileye, has led to groundbreaking results for the inclusion of people on the autism spectrum within Israel’s hi-tech community. SHEKEL’s partnerships overseas led to the establishment of integrated kindergartens in Russia and the development of cultural and community living partnerships in Germany and Spain.

“It is important that people with all types of disability, from all ethnicities, religions and walks of life, be integrated within every aspect of Israeli society”, says Feldman. “This means providing a broad holistic continuum of options and programs.” SHEKEL’s Channels to the Community program, partners with the Bezalel Academy of Art and Nisan Nativ Drama Studio, to create programs that provide cultural inclusion. In 2010, SHEKEL founded a biennial International Film Festival, “Reframing Reality – Challenging the Concept of Disability” in partnership with the Jerusalem Cinemateque – the next FF is due to take place between May 28 – 31, 2018. SHEKEL’s wide range of enrichment and leisure options, serve 1,500 people with special needs and include tens of courses and activities, given through SHEKEL College, as well as vacations, social clubs and more.

“You need to provide comprehensive answers for parents of children with disabilities”, says Clara. “Our work within special education schools in the afternoons, allow many parents to raise their children with special needs at home while continuing to work and care for their other children.” According to Feldman, “SHEKEL puts the person with disabilities at the center, providing services according to individual need.” This includes, therapeutic services at the Toni Eliashar SHEKEL Therapeutic Center, located on the prestigious Haruv Institute Children’s Campus at The Hebrew University. It also includes accessibility.

SHEKEL’s Israel Accessibility Center, improves quality of life for hundreds of thousands of Israelis, daily. The Center develops accessibility masterplans for municipalities, local authorities, institutes of higher education and public buildings. It has begun comprehensive work to upgrade the accessibility of Israel’s public transport systems, with groundbreaking results for Jerusalem’s light rail system, which is currently the most accessible public transport system of its type, in the world. The Center recently upgraded accessibility for Israel’s Knesset which has now become a world leader in parliamentary accessibility. Work continues in making the Old City of Jerusalem accessible for people with disabilities and the Center will be leading an international conference on accessibility of ancient cities, scheduled to take place in October 2018, in partnership with the Jerusalem municipality.

Feldman stresses that SHEKEL doesn’t act in a vacuum, it is accompanied by the support of local municipalities, the ministry of welfare, the Israel National Insurance Fund and other public and private funds.

And what about the future? “I believe the day will come when people with disabilities are no longer defined as “weak”, or as the different "other”.” says Feldman. “I believe this change has already begun. We see more and more organizations taking part in inclusion, taking innovative action. And all this, in order to allow equality of opportunity, in order to provide a chance for the abilities of people with special needs to be expressed.”